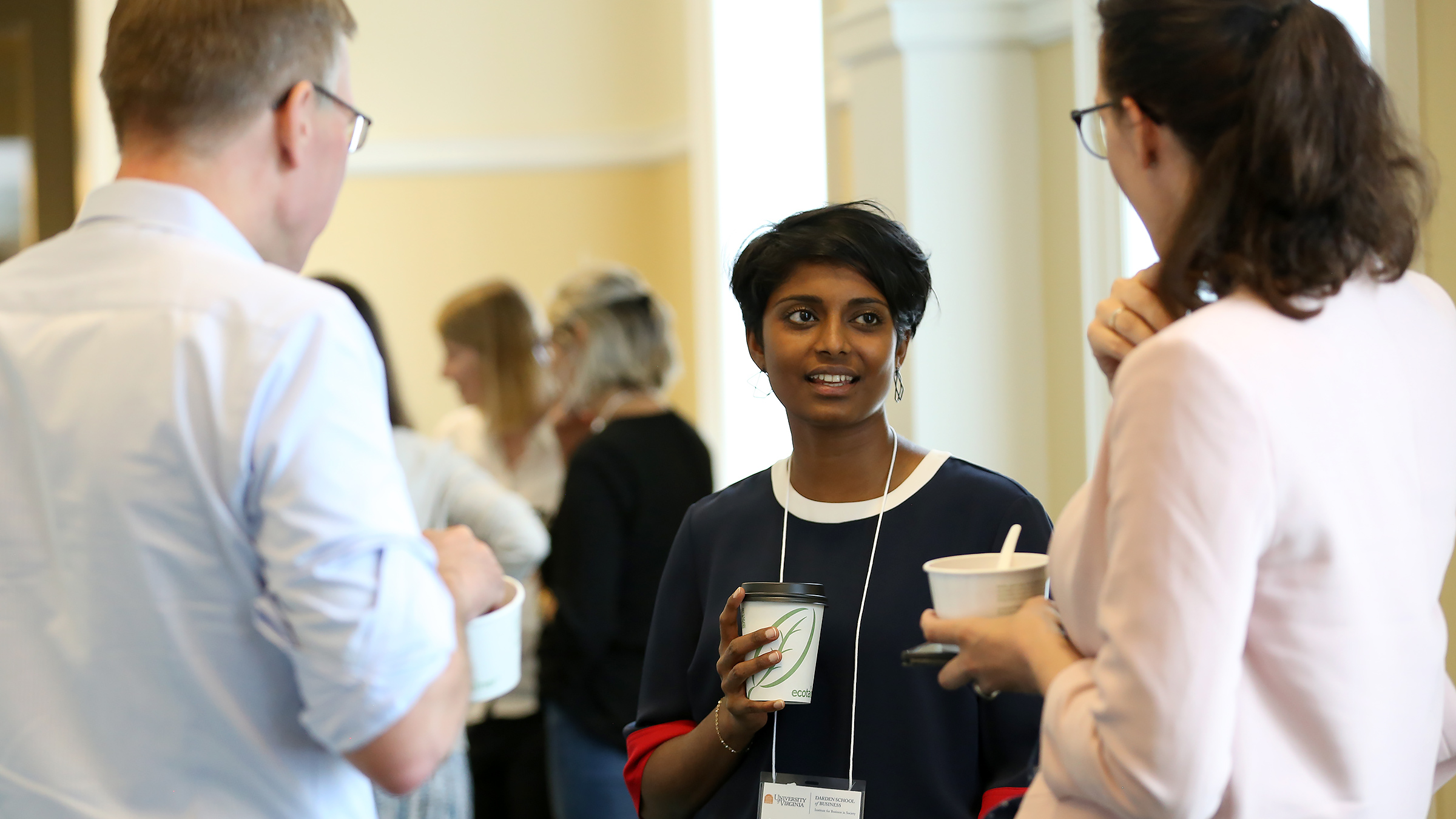 We serve as a critical resource for integrating ethical thinking into business decision-making.

Founded in 1968, the Olsson Center for Applied Ethics is an international leader in the field of business ethics. The center serves as a critical resource for executives, scholars, students and Darden alumni who are faced with the challenges of integrating ethical thinking into business decision-making.

In 1966, Elis and Signe Olsson of West Point, Virginia, approached the University of Virginia Darden School of Business with an idea "to improve standards of behavior in both public and private business." The family believed there was a need for ethics to be taught as part of the core curriculum in business schools. Shortly after the Olsson Center for Applied Ethics was established, Professor Alexander B. Horniman was selected as the Center’s founding director.

A subsequent grant from the Ruffin Foundation led to the launch of the Ruffin Lectures in Business Ethics in the early 1970s. As one of the oldest centers of business ethics, the Olsson Center has produced numerous important cases, research articles and books. From 1987 to 2009, Professor R. Edward Freeman served as director the Olsson Center. Freeman's pioneering work on Stakeholder Theory helped to solidify the Olsson Center's reputation internationally.

Over the past four decades, the Olsson Center has contributed to the heightened awareness of ethical and moral issues in business, and it has been a trailblazer for teaching ethics at business schools.

Hear Olsson Center senior fellows and Darden professors discuss how to integrate ethics into the MBA curriculum and the importance of ethics and ethical behavior in business. View the Teaching Business Ethics Video Series.

"First Year Ethics" is a required, graded course in Darden's First Year MBA curriculum. It was one of the first such courses offered by a major graduate business school.

The Visiting Scholars Program brings leading thinkers in business ethics from around the globe to Darden for periods ranging from one week to a semester. While at the Olsson Center, these visitors conduct joint research projects and lectures with center fellows.

Olsson Center faculty participate in a wide variety of Darden executive programs that examine the links between strategy, values and leadership in the public and private sectors. Faculty have provided custom programs for corporations (past clients include USAA, Bank One, Brunswick, United Technologies, among others).

The Olsson Center supports both graduate and undergraduate student clubs at the University of Virginia. Over the years, the Olsson Center has supported various student initiatives and conferences, such the BES Speaker Series, BES Case Competition and the Business in Society Conference.

At the Darden School, the Net Impact Club inspires, educates and equips individuals to use the power of business to create a more socially and environmentally sustainable world. Members are committed to the belief that business has a responsibility to all those who are impacted by their decisions. Topics of interest include sustainability, corporate citizenship, international development, mission-driven careers and social entrepreneurship.

At the McIntire School of Commerce, the Business Ethics Society (BES) promotes critical study, discussion and analysis of applied business ethics and corporate social responsibility. Students are provided a forum to interact amongst professors and business leaders through open evaluation and discussion of relevant ethical, philosophical and legal concerns of the past and present.